Consultant says blood results excellent. I suspect this means they will save the autograft for a rainy day. May the weather stay clement I say.

I have an interview with CBC this afternoon to talk about The Uncanny Valley – that should be fun. I must admit my valley has been pretty uncanny this last year or so but I don’t think that is what they have in mind. Strangely I have not felt like I have been in a valley at all. I have a more Nietzschean selfie in mind – perhaps astride some German mountain peaks forging aphorisms from glaciers.

Anyway I thought I would reflect on my Nietzschean struggle of the last week with K6 phone boxes. The long and the short of it is that this idea has to go on hold until my ship comes in. Preferably with a substantial cargo of illegal drugs I can sell on the Appleton Roebuck black market (not really GCHQ). It seems there are hoards of Henry and Jemima’s paying top dollar for something to brighten up the stable yard and thus I am stuffed. It has also occurred to me that my motivation for said folly is that I miss having a performance platform. Although I have left directing behind I suppose teaching gave me some outlet for my thespian tendencies, now that that has been on hold for a year I am a tad bereft and have resorted to looking for any old stage to strut. The phone box, became a shed which became a bench, a telephone and has now evolved into – well I am not telling because if I don’t deliver this time you will all think less of me. I have a thought, a good thought but I will keep It to myself.

I am waiting to go in for the ‘tube down the throat’ treatment and thought I would pass the time putting the world to rights. Haven’t done that for a bit.

(written as I think it – slightly stressed by imminent horrid treatment)

I wonder how many people really think about what they want? I don’t. I just carry on without thinking, pretty happily actually. Of course for a good part of the world’s population they don’t need to think hard, they just want the basics, but for us privileged westerners I bet most people are like me – they just carry on. In terms of the ‘don’t vote’ debate it’s the ‘carry on without thinking’ bit that bothers me. To put it another way they say – why change what doesn’t need fixing. How many assumptions are buried away in that notion of carrying on? I need a partner, a job, an education, money, a decent home, a car, holidays, free time. Before long the list escalates to include, a new kitchen, broadband an iPhone etc. In my case capo di monte lamps, phone boxes and the rest. These things become the essential building blocks of life and other people’s lives and real needs get forgotten.

I didn’t vote because all the new governments we could have elected on Thursday advocate the notion of carrying on regardless without scrutinising these assumptions and asking if they could be wrong.

The argument put forward by the pragmatists is that there is no other way of conducting practical politics. We should only think about the things that have an immediate and direct impact on people’s lives. How much tax they pay, how long it will take to get an operation, how good their local school will be. I am fed up with this and I am fed up with pragmatists. I don’t want to talk about these trivial things. I want to talk about how we are going to create a more equitable peaceful world so that the majority of people have the opportunity to indulge themselves in the sort of naval gazing I am indulging in now. There is no political party that is prepared to consider anything other than a maintenance of the status quo, the vested interest of us greedy, privileged islanders .

Of course some governments are worse than others. Conservatism is defined by its name its reactionary credentials and its supporters who tend towards the establishment, but Labour also harks back to a history of class struggle which has become the status quo for many supporters, however supposedly radical and may no longer be as relevant as they think. My point is that our political parties are too inward looking and us voters are too selfish to bring about real change. Democracy doesn’t really work. How many of us really feel as if we had a voice. I don’t. The underlying philosophies upon which the government policies are built are not progressive enough to deal with the circumstances that exist today rather they are based on principles and precedents that were once important. The significance of history, of precedents is vastly overrated. It worked like this in 1945 so it’s bound to work like this again. I see no evidence that history has ever provided any more predictive power than a crystal ball. By concocting this illusion of having a voice, of precedents and empiricism governments provide a reassuring sense to voters of continuity and stability. But this is false. Under the water they are paddling frantically. This was exemplified by the financial crash, but also by the rise of fundamentalism, antibiotic resistant bacteria, climate change and even the this last election. Such uncertainty can only be dealt with by either a very joined up system or a very fragmented system. The current system of national governments formed around an arbitrary division of the planet into nations established in prehistory by the movement of tectonic plates that formed seas, rivers and mountains is redundant. It’s also the worst of all worlds. It creates reasons to compete rather than cooperate, reasons to resent rather than celebrate and a culture of separatism and suspicion.

So the solution is to join up and establish a global government that divides the cake fairly. The alternative is to continue to accept that some lives are worthy of more resources than others, something most of us would agree is abhorrent. As a global government can only come about with the dissolution of all current governments my anarchic stance is justified and thus I can only vote for no government at all. Thus I should spoil my ballot.

Actually I didn’t, but that’s another story.

Good timing I am summoned to be plumbed.

Gastro endoscopy was a joy. I got 9 ½ out of ten for bravery. The doctor said I needed something to work toward for next time.

Dear Fans of my Blog – do you know the number of human readers has never changed – just the loyal very few – on the other hand the number of spammers and robots has increased exponentially – just shows you that their algorithms don’t work – tee hee.

Like bad pennies two things are back – I have yet another gastro endoscopy on Saturday and as if to join the party Ratty has returned. The gastro… is routine to find out if they can go ahead with the transplant at this stage or not – I don’t care as as far as I can see there are risks all round including being eaten by the rat as I write this – my only concern is that having been positively heroic the other two times I might be a blubbering nut case this time and tarnish my immaculate reputation for raw courage – but so be it – 8:30 in the morning – strewth its like a firing squad at day break –still if they get a move on and if I don’t bother with my free cup of tea I can get to the car boot sale afterwards.

Intrepid rat or daughter or granddaughter is digging mine shafts hoping to strike larder. I really do love them, in a way, and hate having to poison them. There habit of festering deaths does put me off though so Selby District Council Pied Piper here I come.

I seriously fancy buying a phone box for the garden but they are very, very expensive (perhaps Julia could organize a bike ride on behalf of Chris’s phone fetish – only joking) and weigh ¾ of a ton. I have been interested in the idea of phone theatre for years. It emerged during my PhD but I could not develop the idea because I was pretending to be a scientist and needed to count things. The obvious thing would be to make it interactive – dial this dial that – speak to this person and that person – but interactivity bores me rigid, I prefer passive listening everytime. I am particularly fond of phones with no dials (extension phones)

but in France they have options for phone with no mouthpiece the so called ‘mother-in law earpiece’ with which you can listen only. 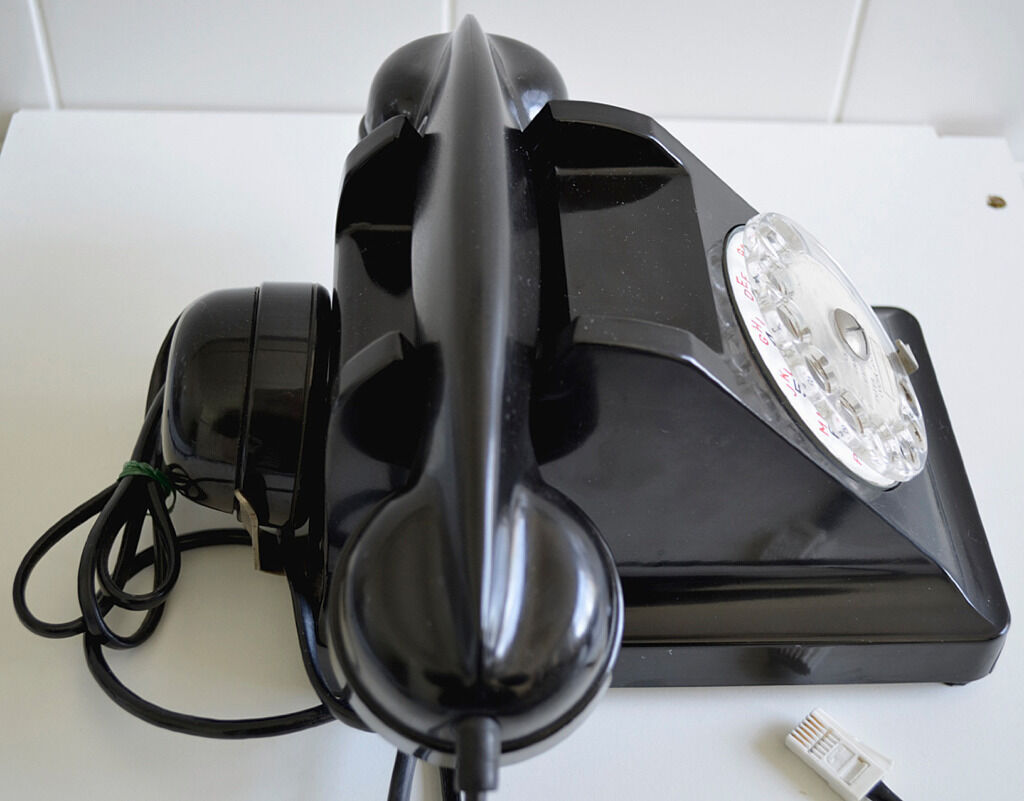 The differences between phone theatre in these conditions and radio theatre would be 1. Its mono and lousy quality. 2. You can hang up but can’t change channel. 3. You are overhearing a conversation between at least 2 people like a crossed line. While I find that all very fascinating I am not yet sure where it takes me but a big red box in the garden is bound to help.

As far as the voice is concerned, a hybrid machine human voice seems like a possibility, anyway much food for thought.

Thoughts on the election – none – don’t vote.

We don’t have any holder of a political philosophy available to vote for who has any regard for anything other than the vested interests of the inhabitants of this insignificant isle. While hundreds are drowning in the Mediterranean trying to escape from poverty and oppression and our political class is only concerned with our selfish little minds and bodies – sorry pockets – I cannot vote – STUFF em all – except Labour and the Greens and SNP a bit.

My Sister Julia her husband Richard and their friends have completed a fundraising for Amyloidosis bike ride in Holland. They had a great time and achieved their goal of spelling out the word Amyloidosis in the names of towns and villages visited (you can tell they are teachers). They have raised £3500 !!!!. A stunning total. Thank you, thank you to all who contributed. If you feel inclined to make a last minute contribution its not too late but will be very soon.

Here is the photographic evidence of their trip. Many bravo’s and love to them. 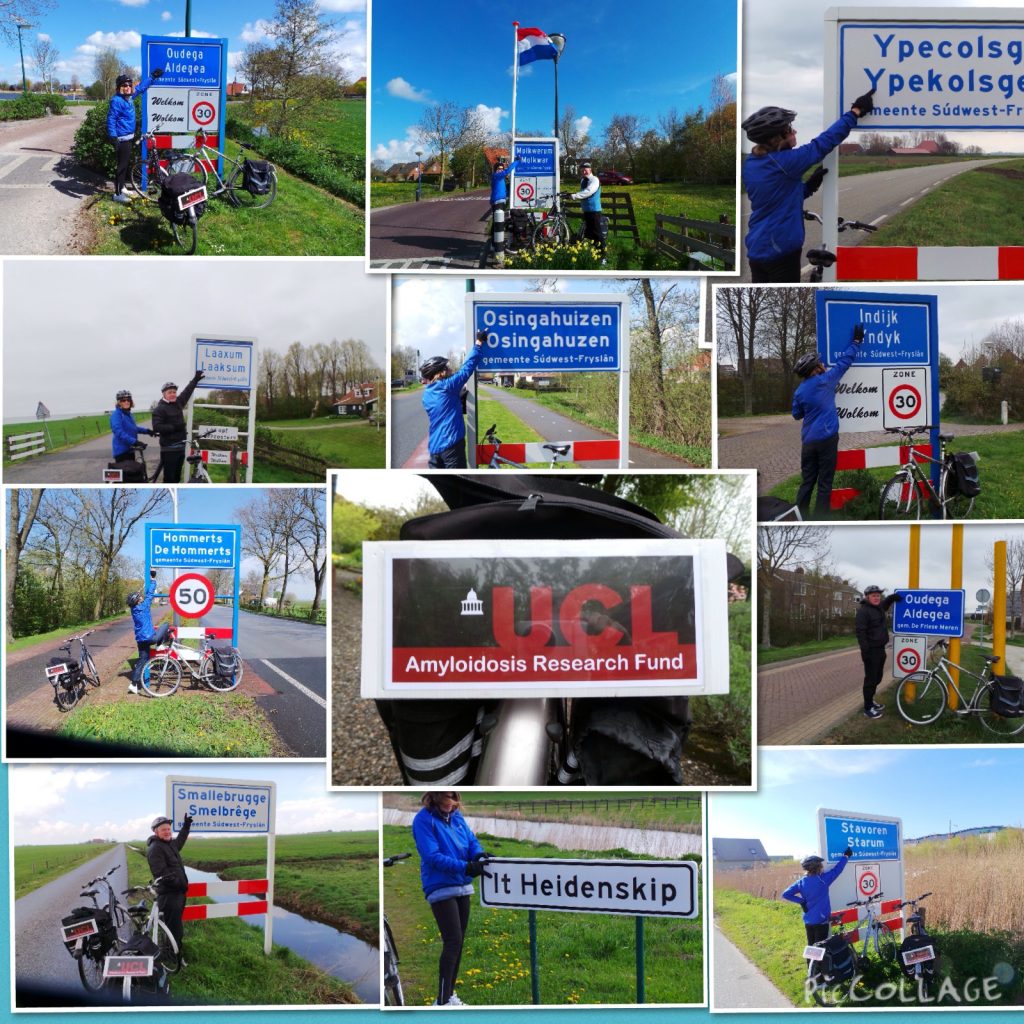 Avani Shah, our son George Newell’s girlfriend, has just heard that she has been accepted onto the highly prestigious MA in Creative Writing (Prose Fiction) at the University of East Anglia. For those of you who don’t know this is the most prestigious course in the world for creative writing with some serious alumni https://www.uea.ac.uk/literature/creative-writing/alumni and it provides exceptional opportunities for emerging writers.