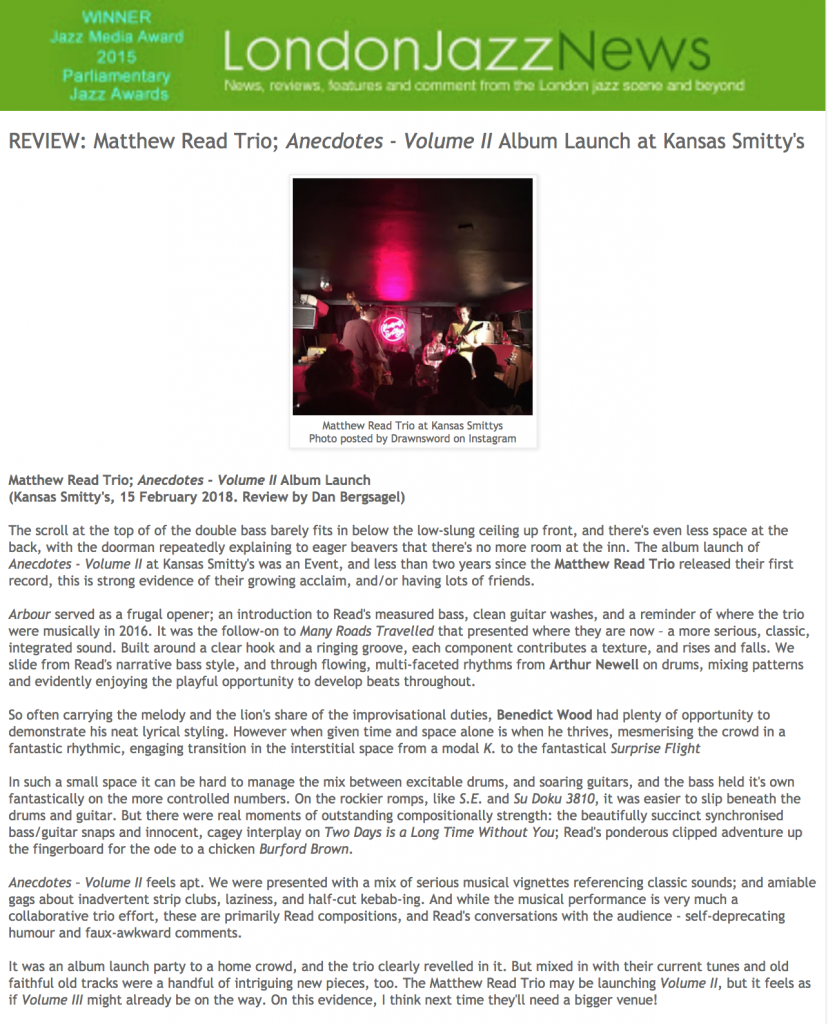 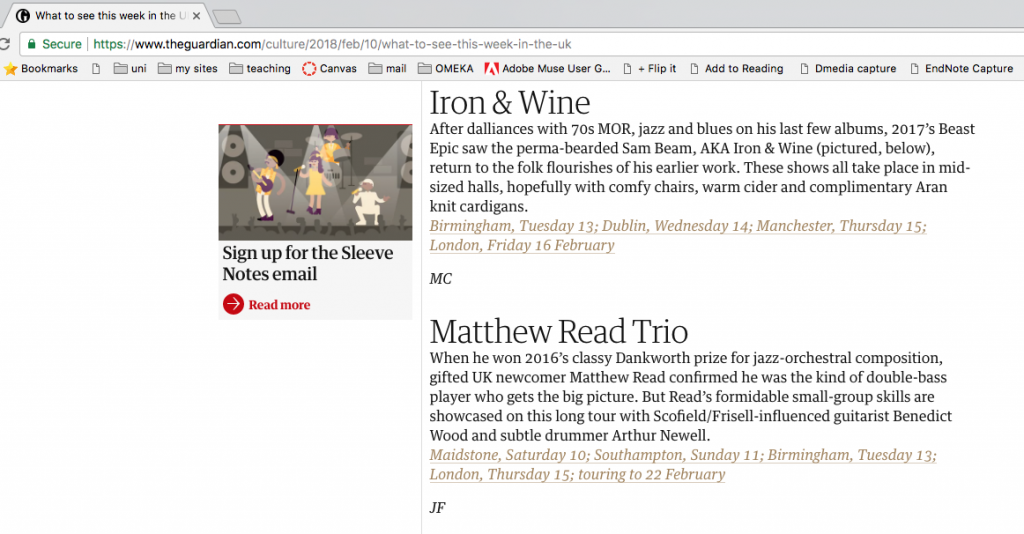 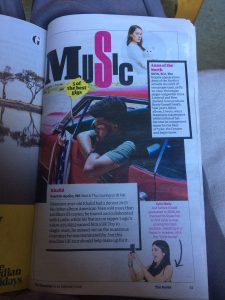 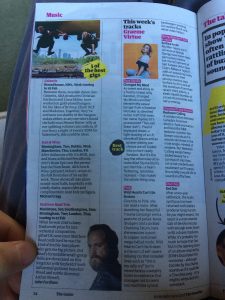 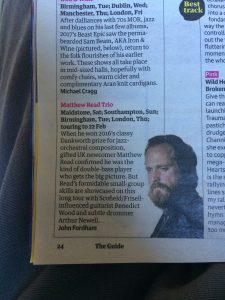 Our outing to the Royal Free passed without incident. As expected I will be back on the drugs in a week or so. Something called ‘Mel’ I am told. Presumably not after a Spice Girl – it’s one of the old-fashioned cell killers, bit of a classic, the Burberry Mac of chemotherapy. Everything bodily was fine and stable and that is the important thing. Heart is in good order (somewhat to my surprise) kidney function fine, liver flexibility fine – they use a bit of sonar kit that gives your liver a thump and then listens for the echo. You have to try not to jump. My body fat is gross but no one seems to care. One of the nurses was telling me how busy they were getting. What was once one nurse assigned to delivering the plutonium or whatever it is, is now four. My trip through the scanner alone would cost £7000 per go if I was not a UK citizen. I am seriously fortunate. Who knows what the effect of the new drugs will be. As long as they work I don’t give a shit.

Maria and I kind of enjoy our visits. One of us is usually taking on the anxiety while the other is away with the fairies. This time I dedicated my time to getting scared while Maria knitted. In the past she has been hyperventilating while I have been dreaming of butterflies. It is always one of us. The fact that she always comes with me and puts up with my mood, which fluctuates between sombre and downright cruel, should be a for trigger incredible gratitude, however this only ever emerges on the way home – when the bloody thing is over and I can breathe and eat. (Ever since Olivia Hussey in Romeo and Juliet took the unfortunate sleeping draft, anxiety brings about an instant cessation of eating). So I always gush my gratitude on the way home on the tube feeling like a complete wimp.

The environment at the NAC is set up to be quite scary. The lift suffers from Alzeimers so it its very slow, forgetful and doesn’t arrive when you call it. It seems to know you are anxious and enjoys prolonging the agony by providing a guided tour of level L1a and the service zone before finally releasing you at UL3. At UL3 you are greeted by a doorbell into the Amyloidosis Centre which challenges you to ‘Wackamole’ – can you get from bell to door handle before the door locks again. There is normally a stream of knackered ill people waiting for taxis or bottles of wee. We all wrap wee bottles in plastic bags thus maintaining the illusion they are actually wine boxes and we are just off to a 1980’s dinner party for the undead. The staff are fantastically nice – not so the patients. The fact that some are, as it were, on their last legs does not give them the right to be moany or unbelievably boring. One woman entertained the crowd with an account of her glasses fitting in ‘Boots.’

Yet again my sound system for my scary tube ride failed me. I had downloaded ‘late night woman’s hour on ‘parties.’ All was well and I was soaking up the audio rays lying on my gurney – sadly my hyper efficient Romanian technician re arranged my iPhone at the last second and I was fast forwarded to the play out music (sleepy lagoon) from an ancient episode of desert island disks. It was too late to make a fuss, the Romanian was also quite stern, I remembered her from the last insertion, and I was too British – so yet again I lay in silence contemplating 30 minutes of grinding, wiring and a barely audible Mozart piano concerto 21 (the slow movement) – they don’t know that most people of my generation associate this music with a Swedish film from the seventies about bitter sweet love and suicide, hardly fitting for a journey, which other than the absence of the red curtains and the oven is remarkably reminiscent of ones last. Anyway happily after 10 minutes the next podcast must have automatically downloaded and started to play. A more recent episode of desert island disks – and yes I had heard it.

Still – it’s over for another 6 months hurrah!

Decent size audiences too! Try and get to see them if you can… 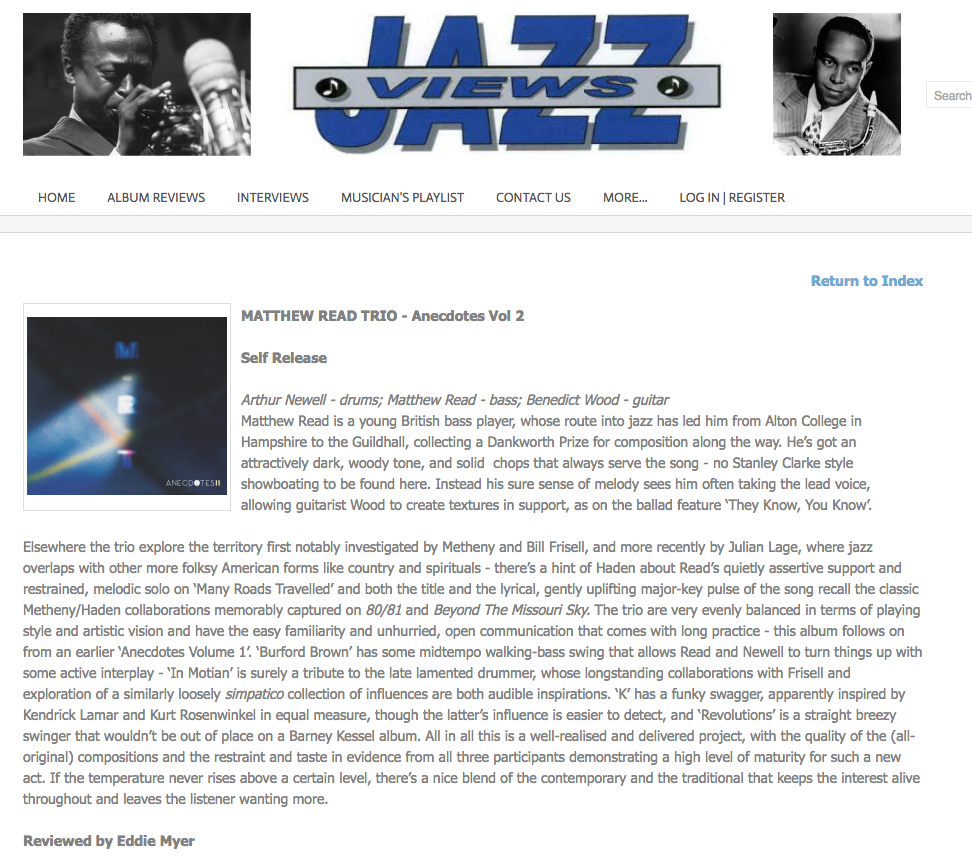