First Arthur is in a trio and they are going on tour and they have an album so here is the promo – We are embarrassingly proud! 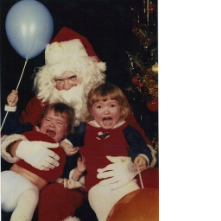 I am feeling particularly mellow, so no outrage to share – plenty in the air though (the Tory disability fiasco had me retching) so it just has to coalesce into a nice sticky pudding and I will chunder forth.

I am mellow because I have been completely obsessed with my telephone theatre. The piece above is just a trifling experiment with the voice manipulation but I have been working on a much more sophisticated way of interacting with the voice using an old dial phone and a telecoms server. I have had some amazing support from a retired GPO engineer who has built me a means to mix other audio into the telephone audio signal generated by Asterisk (he charged me nothing). However I am extremely stuck at the moment and cannot progress until I solve a stupid problem. Namely I can trigger the voice to produce speech specific to a dialed number, but I cannot get it to stop when the receiver is put down. How silly and a tad embarrassing!

Nothing juicy to report. My blogging follows a pattern- when things get tough or eventful I blog when thing are pleasant and just ticking along I lose interest and go silent.

It’s been a good month. I have been really enjoying teaching. My reintroduction has been very gentle indeed and I have a very small group of very nice students tomorrow they are coming over to the house to see the phone box (digital installation art). I feel liberated by the long break. It now seems quite clear to me how I can best support them and how some of my previous approaches were a load of guff. I have concluded that teaching is about being honest, not pretending you don’t know things when you do (yes I do mean it that way round) and not pretending you do know things when you don’t. Besides In the creative arts you never know anything. Knowing is just standing still, the best you can do is have a go and the best you do for the students is to give them the confidence to have a go. 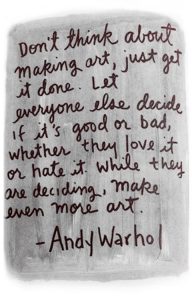 I have come to the same conclusion about poetry. It’s a doers thing. Listening to it or reading it is a sort of problem solving activity whereas writing it is like pulling out your toy box while no ones looking and playing with your toys. I am not sure whether I agree with Andy Warhol – thinking  about art is certainly of  no consequence but productivity is overrated and playing is misunderstood.

I have been having Reiki as a complimentary therapy. It came strongly recommended by my beloved nurses so I have been giving it a go. It involves a very light touch massage around the head and face followed by a semi-detached laying on of hands around the shoulders, stomach, knees and feet. I don’t really think I need any therapy but I am trying to prise myself out of the ‘suspicious of anything spiritual’ cul-de-sac. Regrettably I have not been able to reverse out or do a three point turn and in fact have now parked up and am taking Typhoo with the lady in the corner house. My therapist (how coolly American that sounds) says she has never felt so much negative resistance when she lays on hands or rather holds them inches from my body parts (I am fully dressed btw). I try so hard to be obliging and to loose myself in the experience but I am just too screwed up and inhibited. It really is my problem not hers. I really like her and her colleague and I really enjoy talking to them between sessions about OCD, kitchen design and dress sizes but I just cannot abandon the safe places my mind occupies; synthesisers, telephones, bass guitars, TV and breakfast (I have to be abstemious prior to therapy )– so I lay there for 45 minutes trying not to swallow, blink, twitch, trump, or give away the fact that I am meditating on a McDonalds breakfast which is getting dangerously unlikely as they stop serving just after the session ends. I have four more sessions but I may be swapped to reflexology where there is a less of a requirement to show faith and more not to be ticklish. I have a feeling I will end up being put on a therapeutic programme of woodwork after flunking all the ologies and transcendental stuff. Actually come to think of it I would really enjoy that. Talking of trumping….

I am troubled by and fascinated by American politics at the moment. An American ex-student and friend summed it up really well. You may have missed her comment to an earlier posting

Patricia Routh: 1 week ago
It is horrific to watch. The political pendulum in the USA seems to have swung way back to extreme radical right. Even most of the candidates from the so-called ‘liberal’ Democratic Party are in fact quite moderate and centrist. Many of their policies do not differ from Goldwater Republicanism, as there has been a slow but deliberate shift away from democracy and civil liberties to a plutocracy. There is still the illusion of democracy, but it seems both the GOP and the democrats are really on the same team these days..team corporation, team military industrial complex, and not for the people. Except …perhaps Sanders. But does he have a chance? It gives me hope to see all his support though.

The most powerful nation in the world and the nation that elected Obama (a really decent bloke), considering Donald Trump (a complete arsehole) as their leader is a truly boggling step through a black-hole to an alternative and very frightening iuniverse. True it’s only the Republican electorate being plonkers but even so it does seem to expose a very nasty underbelly of bigotry in an awful lot of citizens of a rather magnificent nation. Louis Theroux could not have dug out a more unseemly side to the American Dream, than this man with his ‘big hands’ and his big mouth supporters. I am less concerned than the media are by his hair but I am very concerned indeed about what is going on underneath it. A nasty, mean spirited man with an obscene amount of money. I weep for friends like Patricia who have to deal with the shame inflicted on their nation, still I suppose we had Thatcher and Nigel Farage to endure and live down. Mind you compared to Trump, Thatcher seems like a cuddly wuddly, hug-a-Mexican-hoodie liberal. Let’s hope Trump is a political gift to Clinton or Sanders. Despite my deep enthusiasm for Sanders my reasonable-self supports Clinton – I don’t much care for the dynastic overtones but she is an incredibly able politician and super smart and that is a good start.

Technical stuff for the interested only. I am soldiering on with the next manifestation of telephone box audio art. It’s frighteningly complicated requiring a number of different technologies to work in harmony. I was hoping to have it all working by the time the students came to see it but it is miles off. So far I have been able to dial in from the box to a pulse to tone converter which connects to an analogue terminal adapter, which connects to an Asterisk server on Ubuntu, which connects to my Cereproc TTS Voice , which connects to Pd which produces the number dialled in my voice. Big Deal Eh!